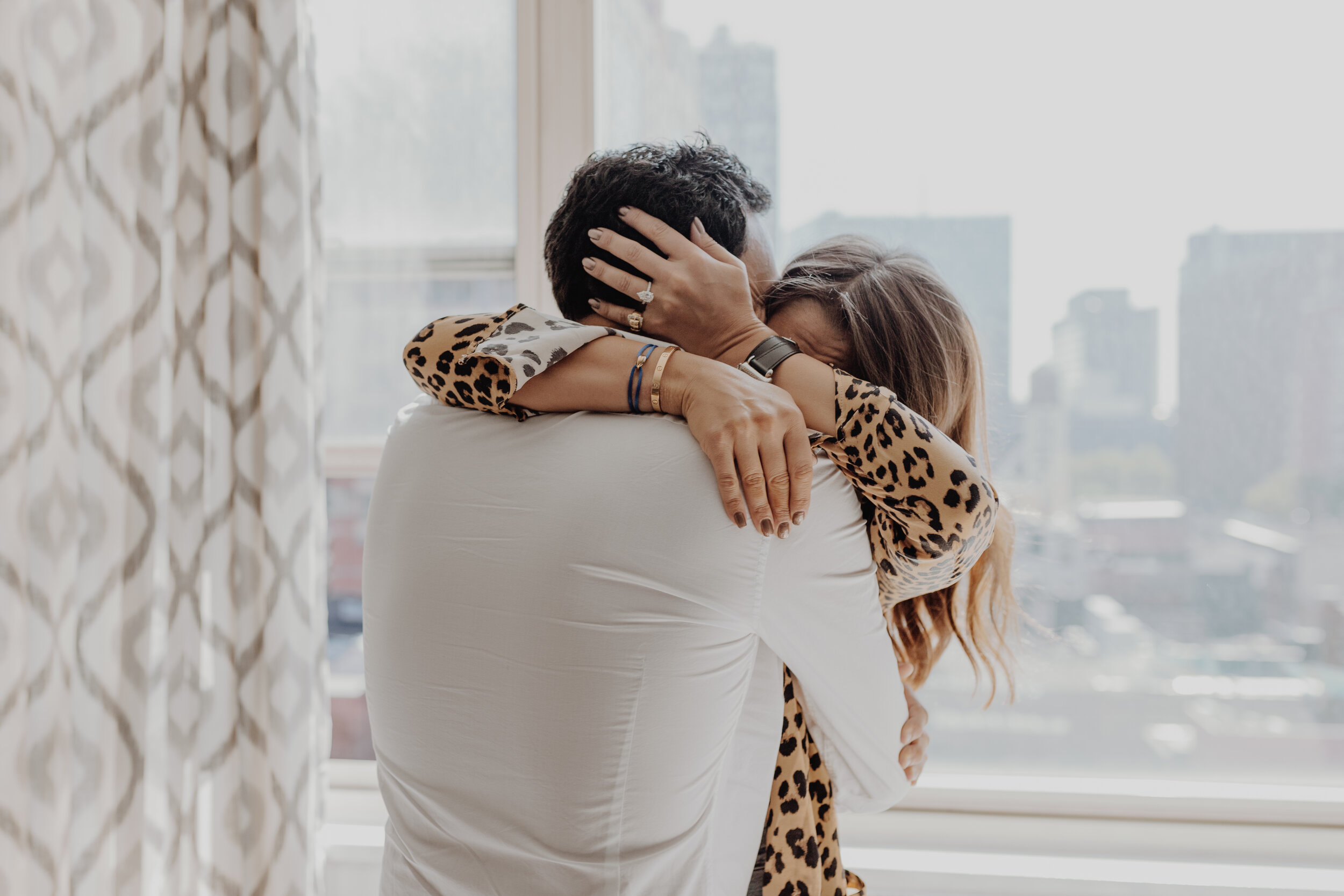 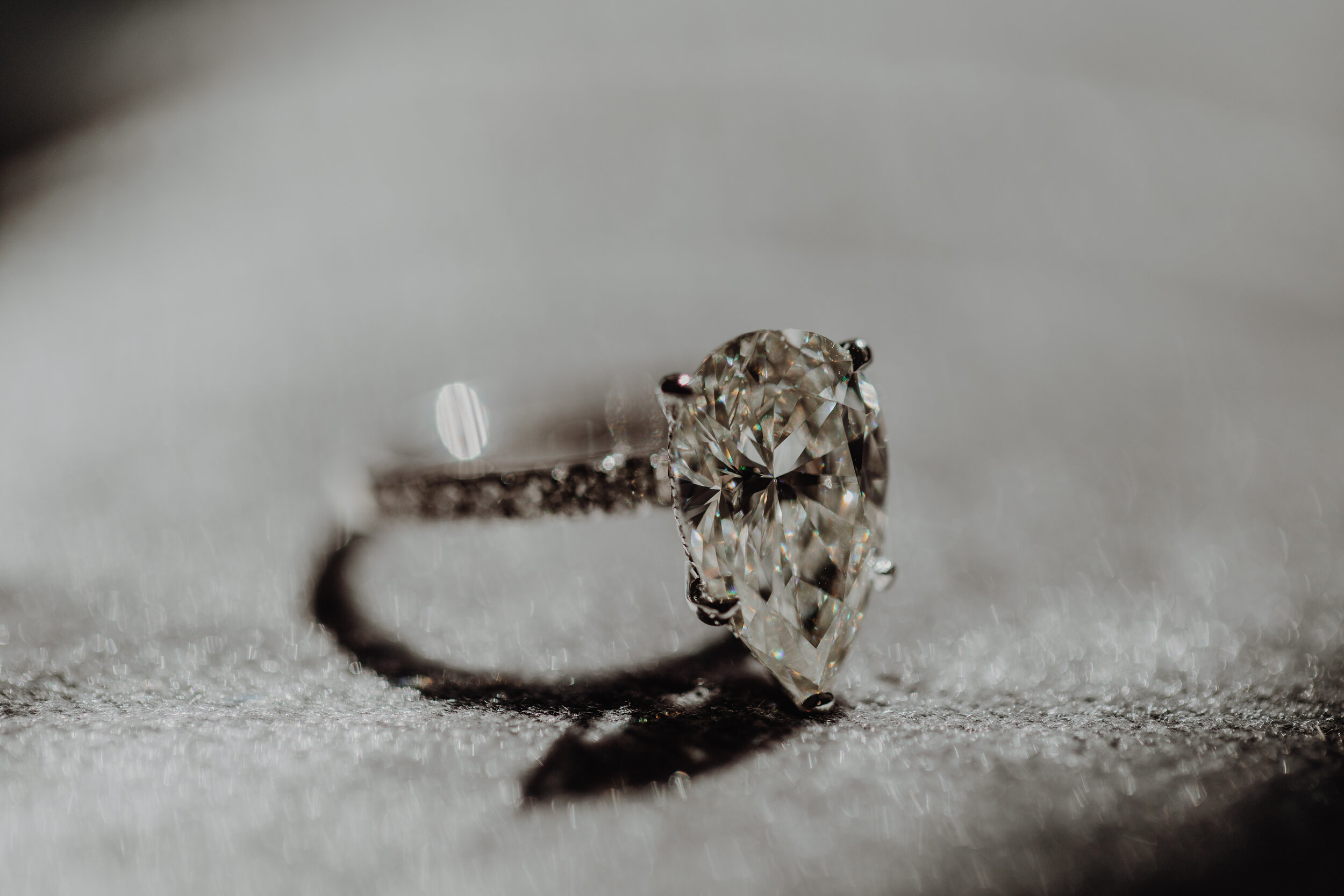 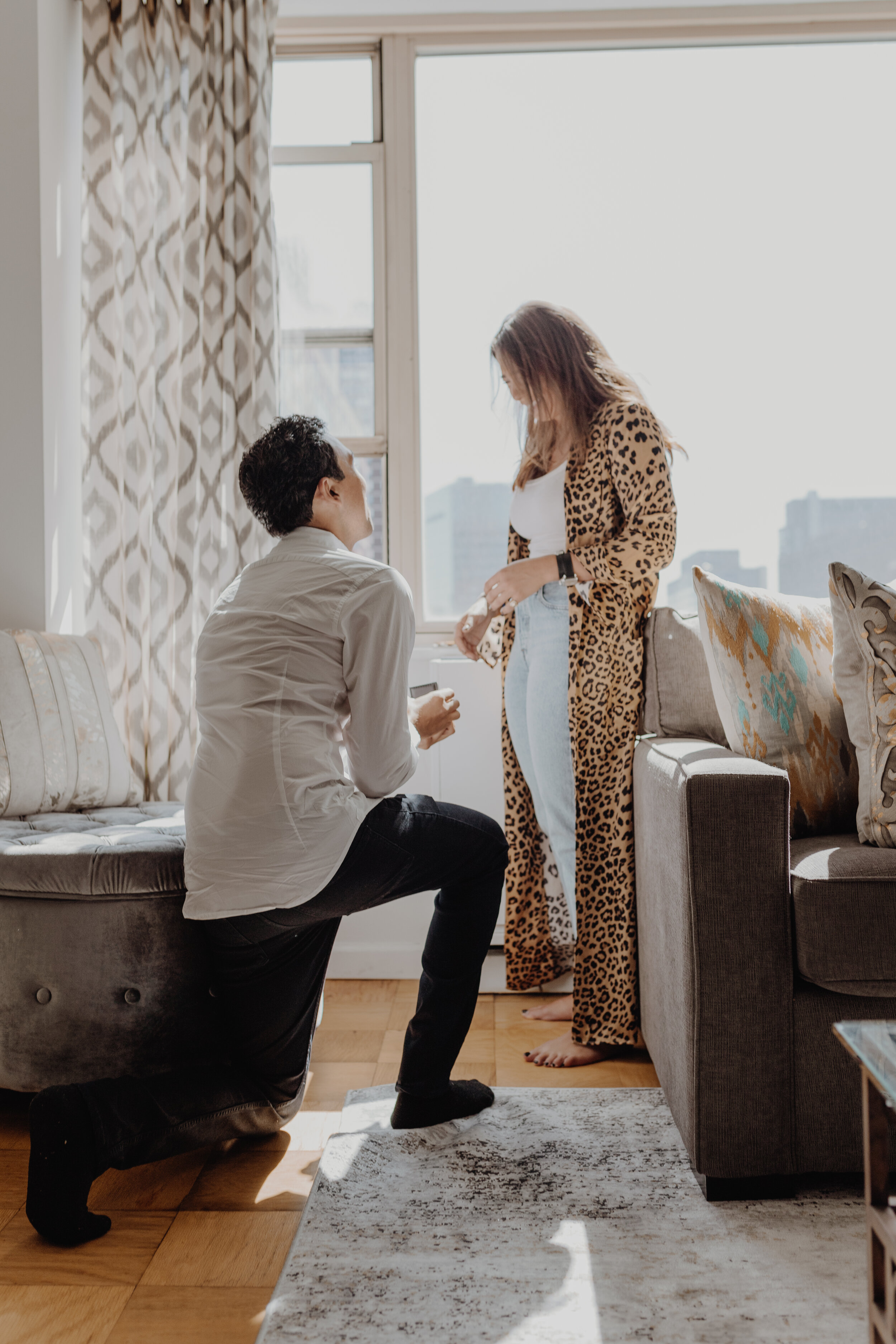 Zach planned creative and totally unique proposal photography in New York to pop the question to Brittany. He created an intimate moment for the moment of the proposal, followed by a shower of love from family and loved ones. Starting at a Dunkin Donuts, Zach and Brittany’s families gathered together to rehearse and line up with their handmade signs. They would then get into formation together to read “Zach Has A Question” outside of Zach and Brittany’s window. Meanwhile, in Zach and Brittany’s apartment…

Zach let us into the apartment right before he was about to pop the question. He told Brittany to look out the window, where their families were waiting with signs. With both totally overwhelmed in emotion, Zach got down on one knee and asked Brittany to marry him… to an obvious YES! After sharing a few photos in the apartment, the two of them headed downstairs to be greeted by love and hugs from their families.

Take a look at some of the images from Brittany and Zach’s surprise New York City proposal photography. We were so excited to share the photos and video with these two! Zach created such a beautiful and unique proposal in New York that was both intimate and filled with loved ones. 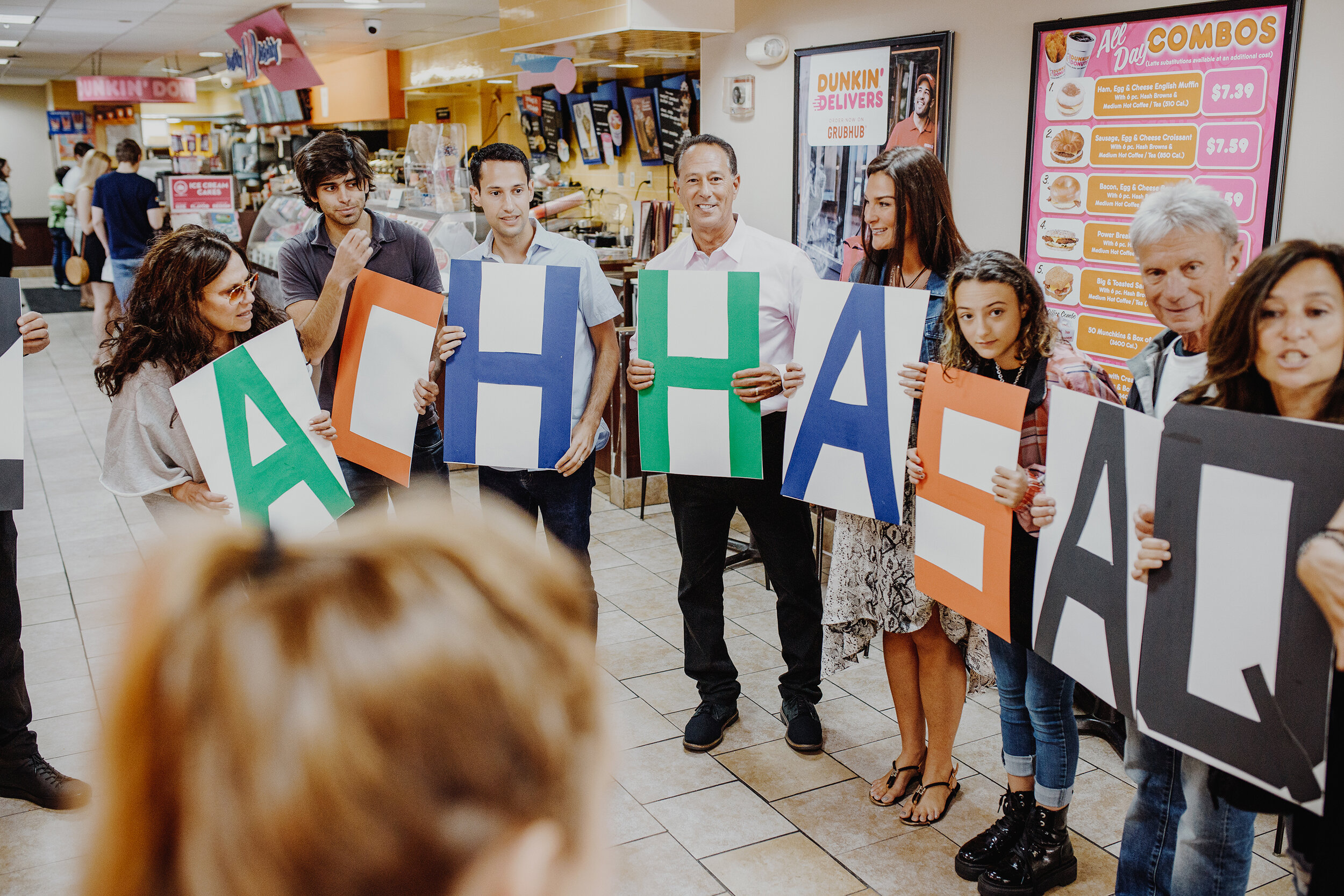 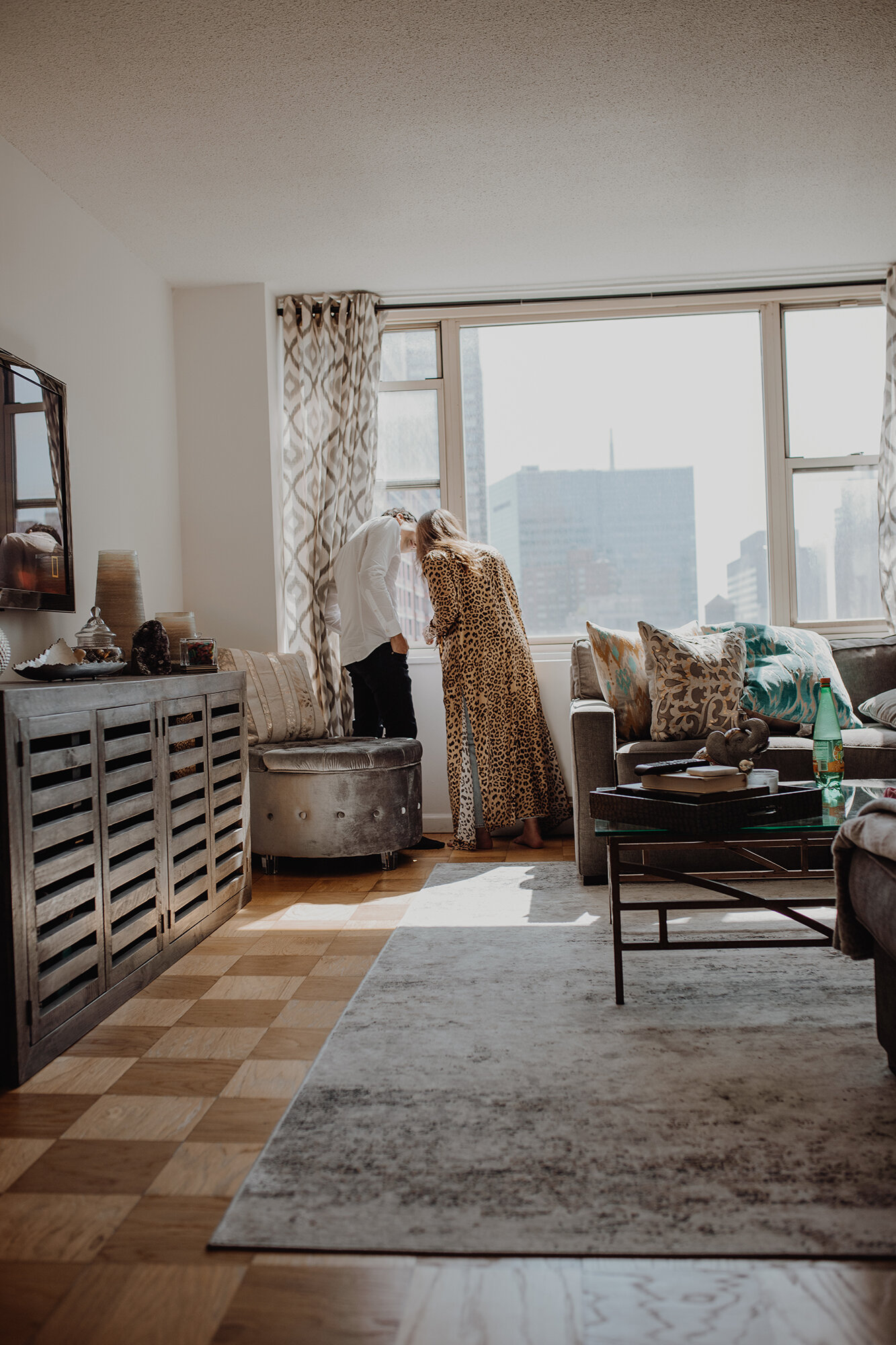 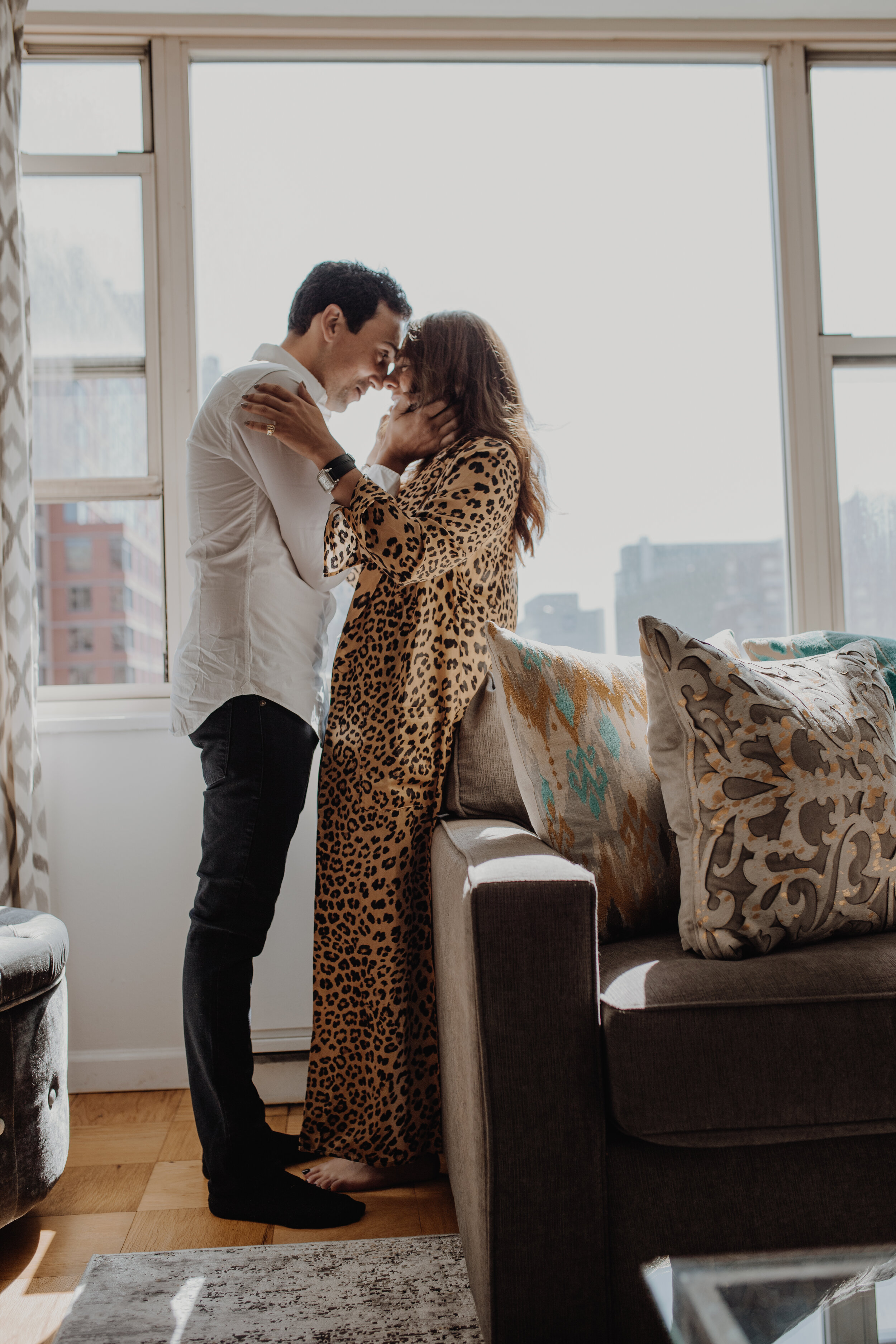 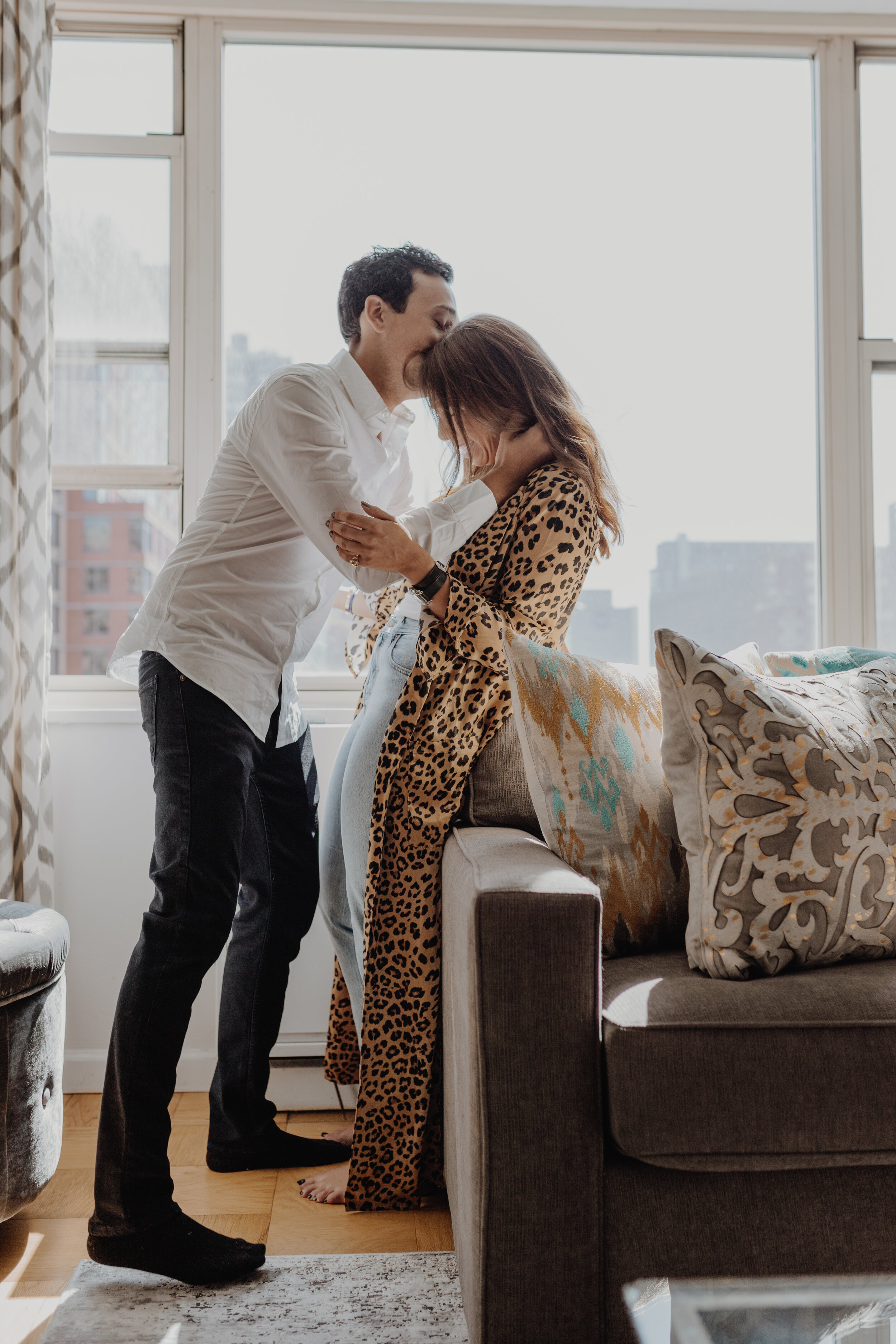 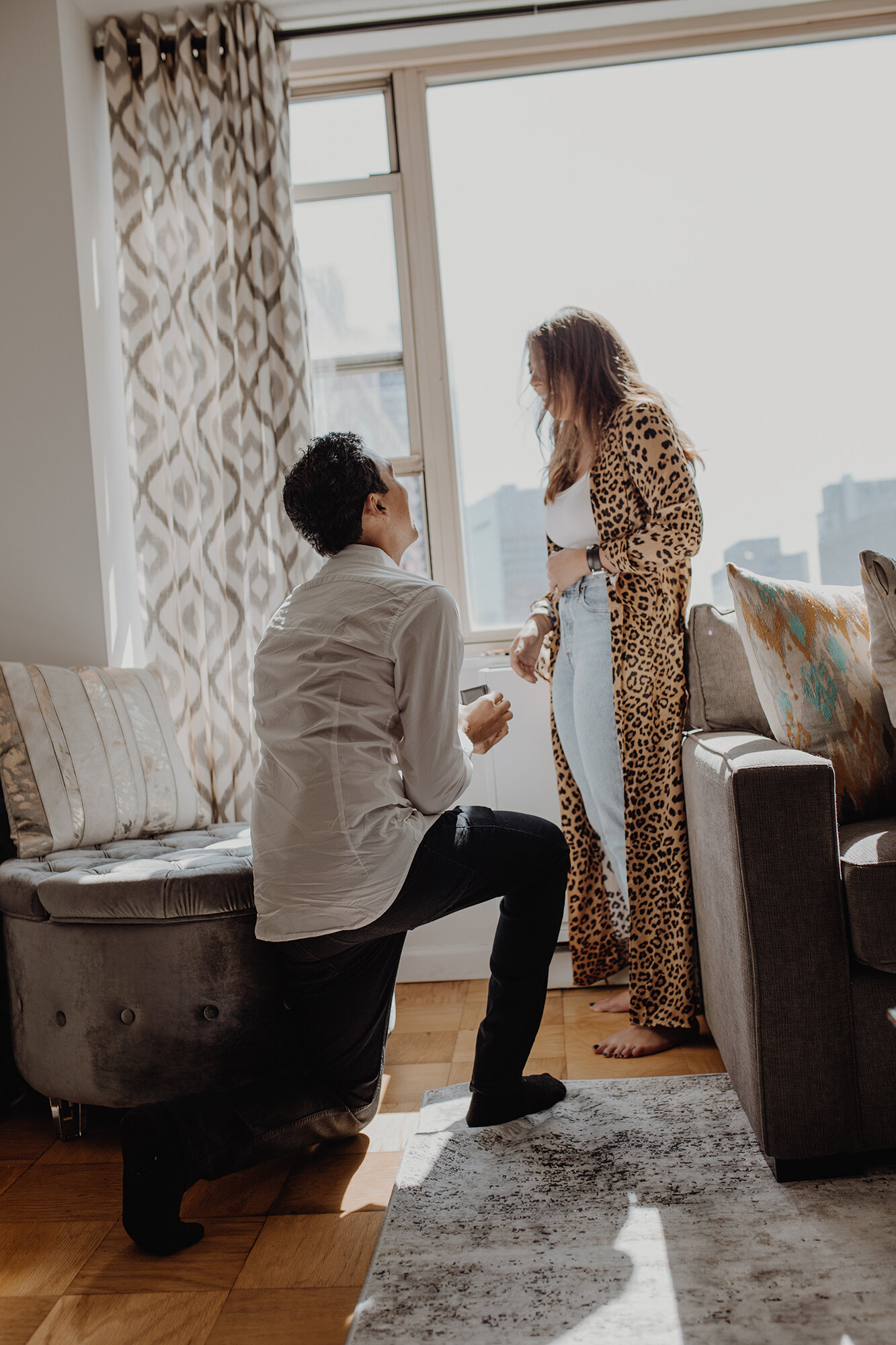 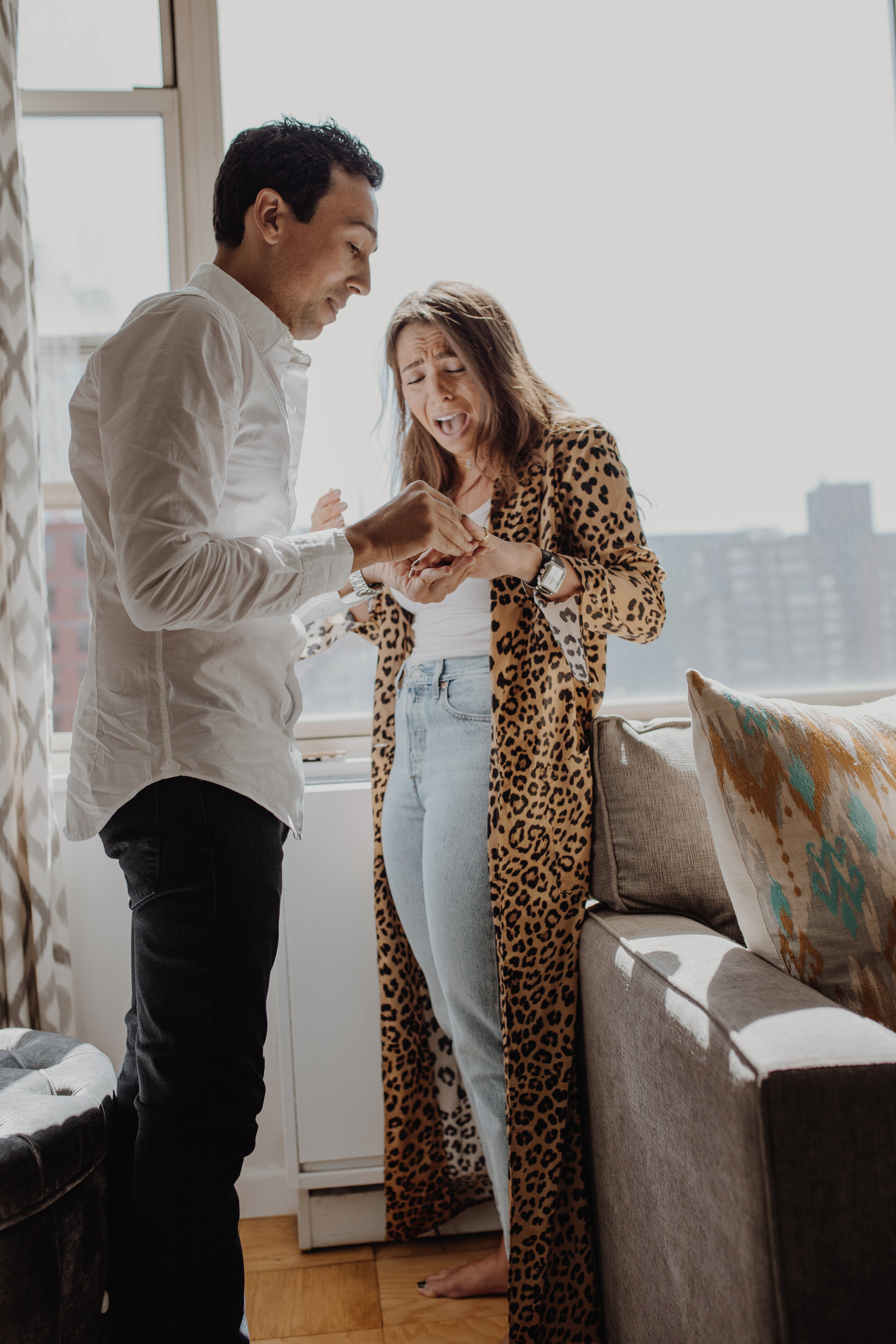 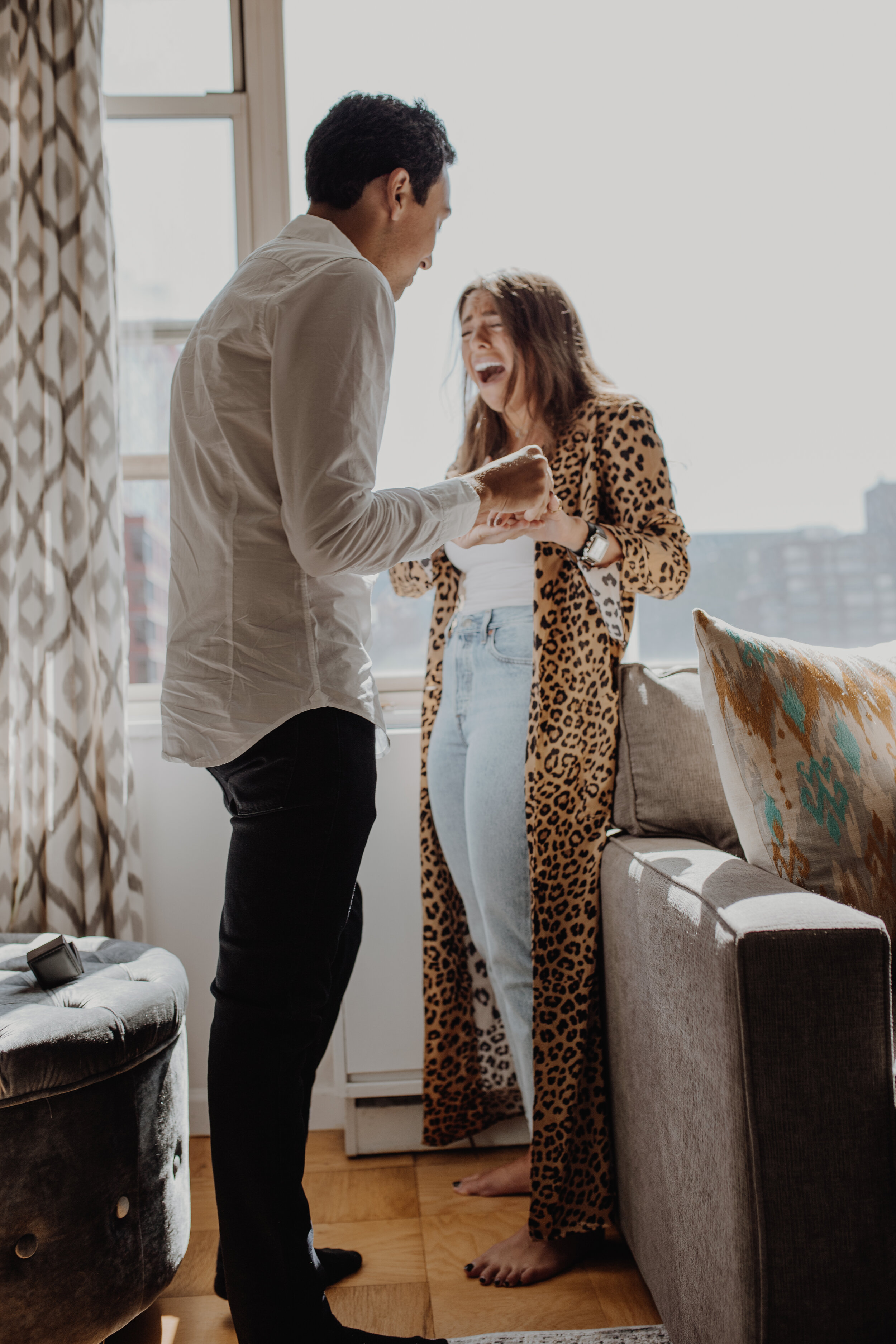 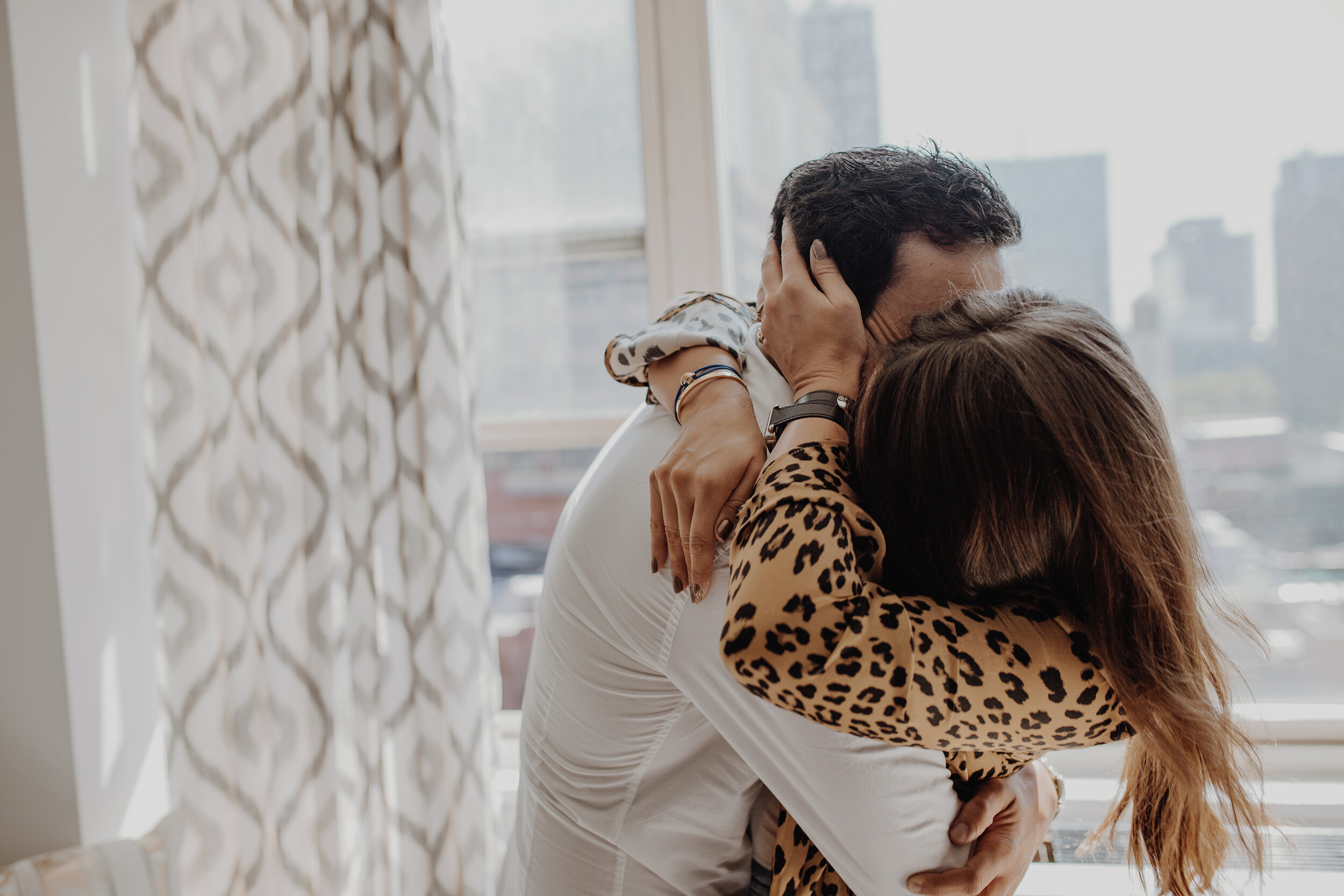 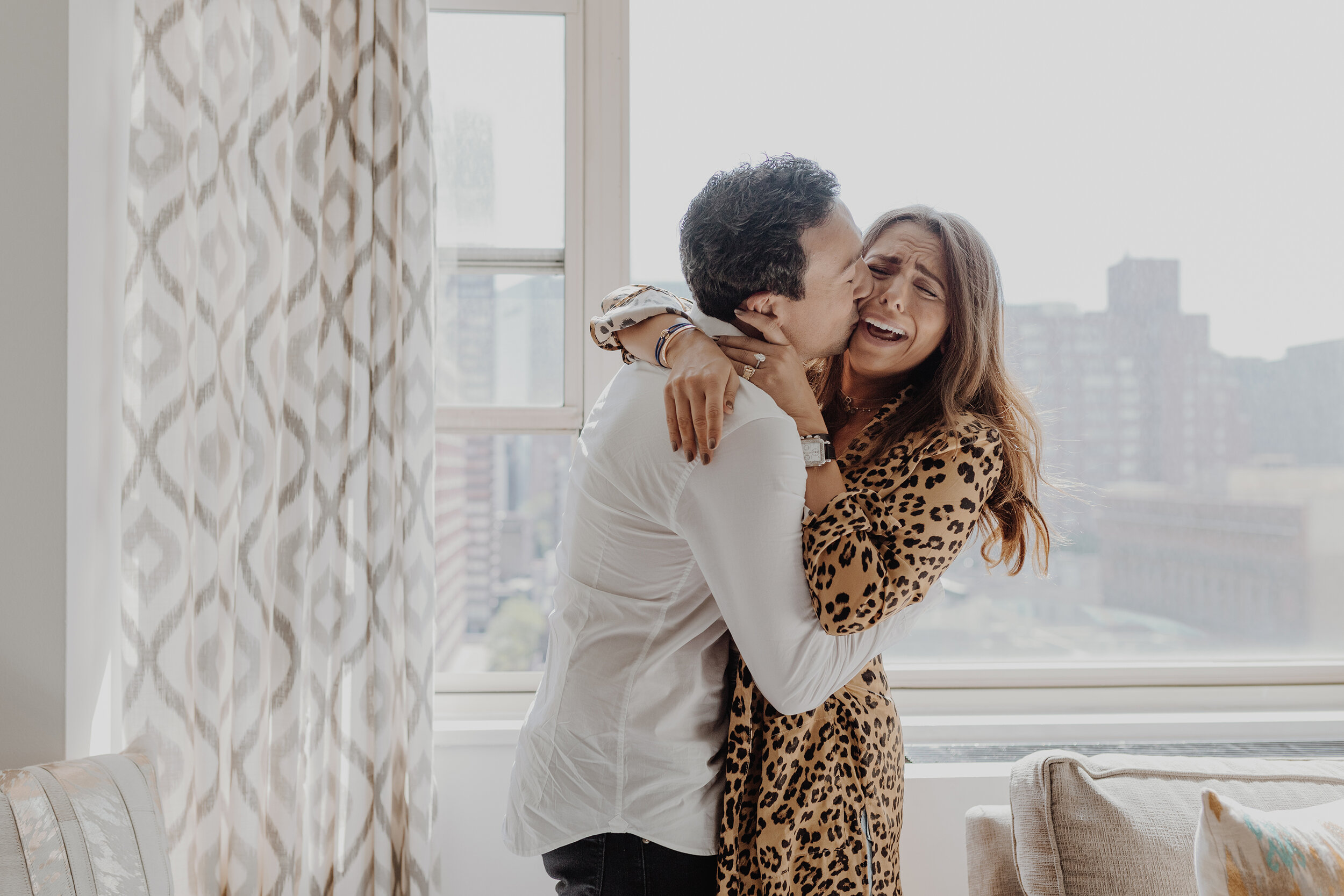 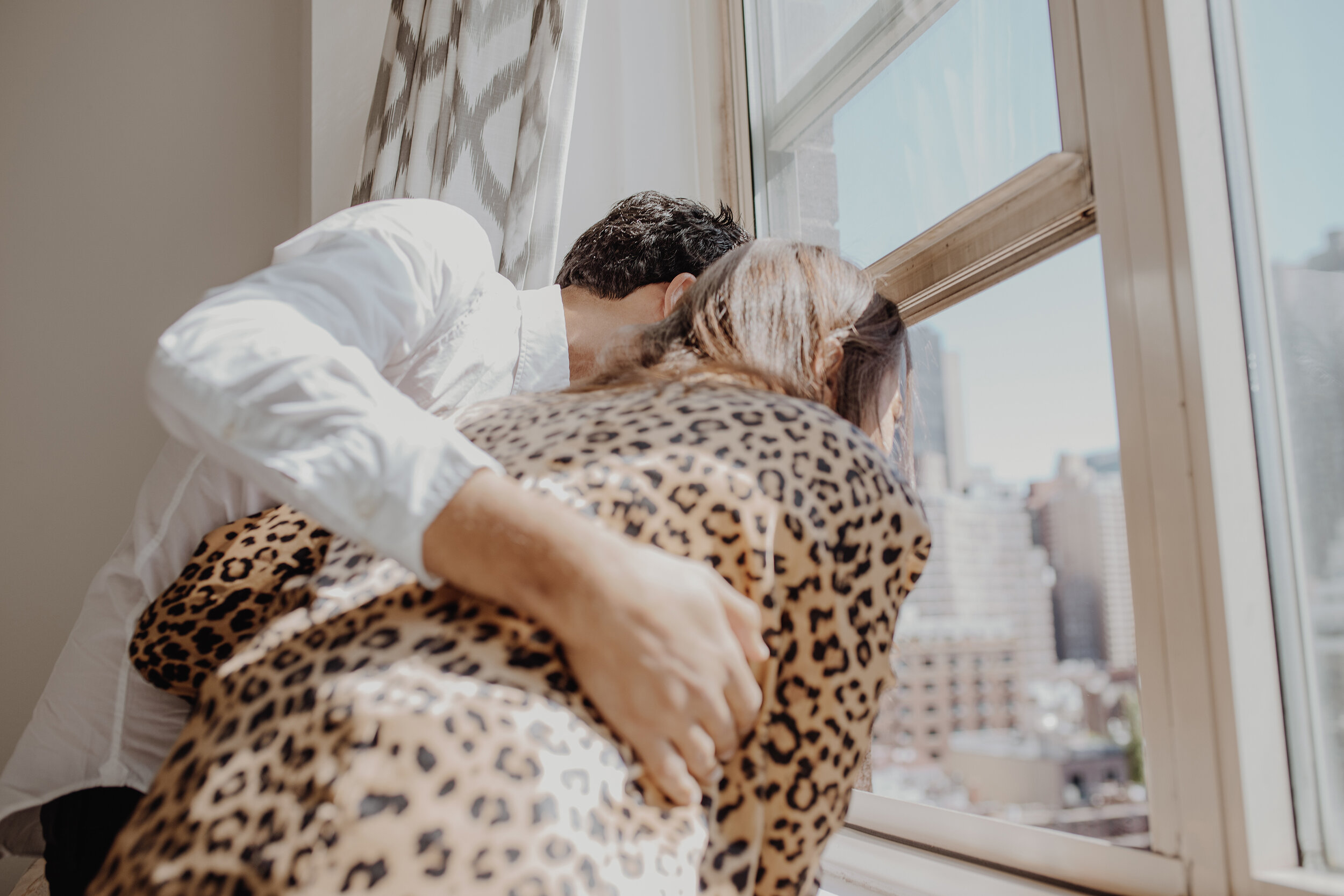 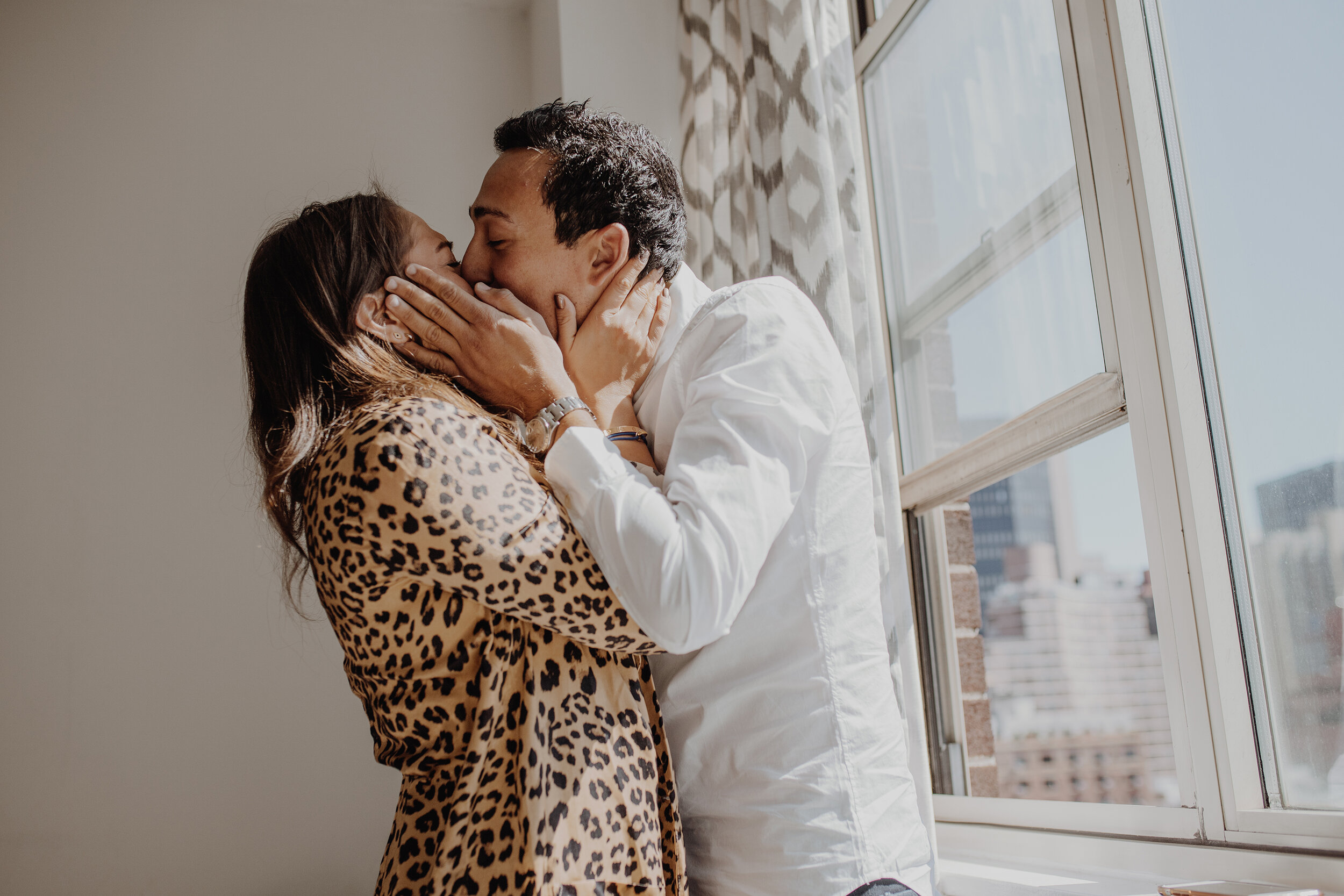 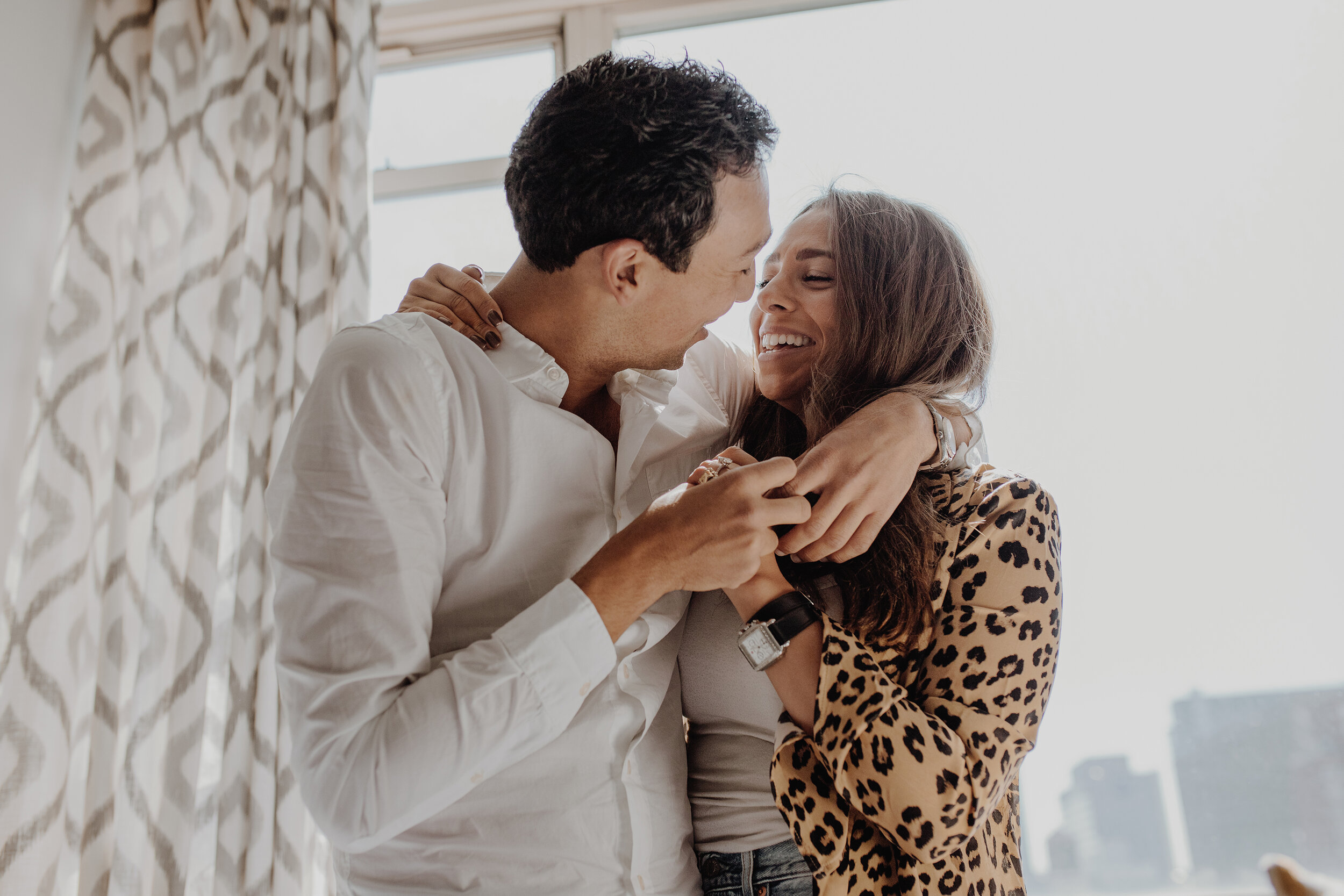 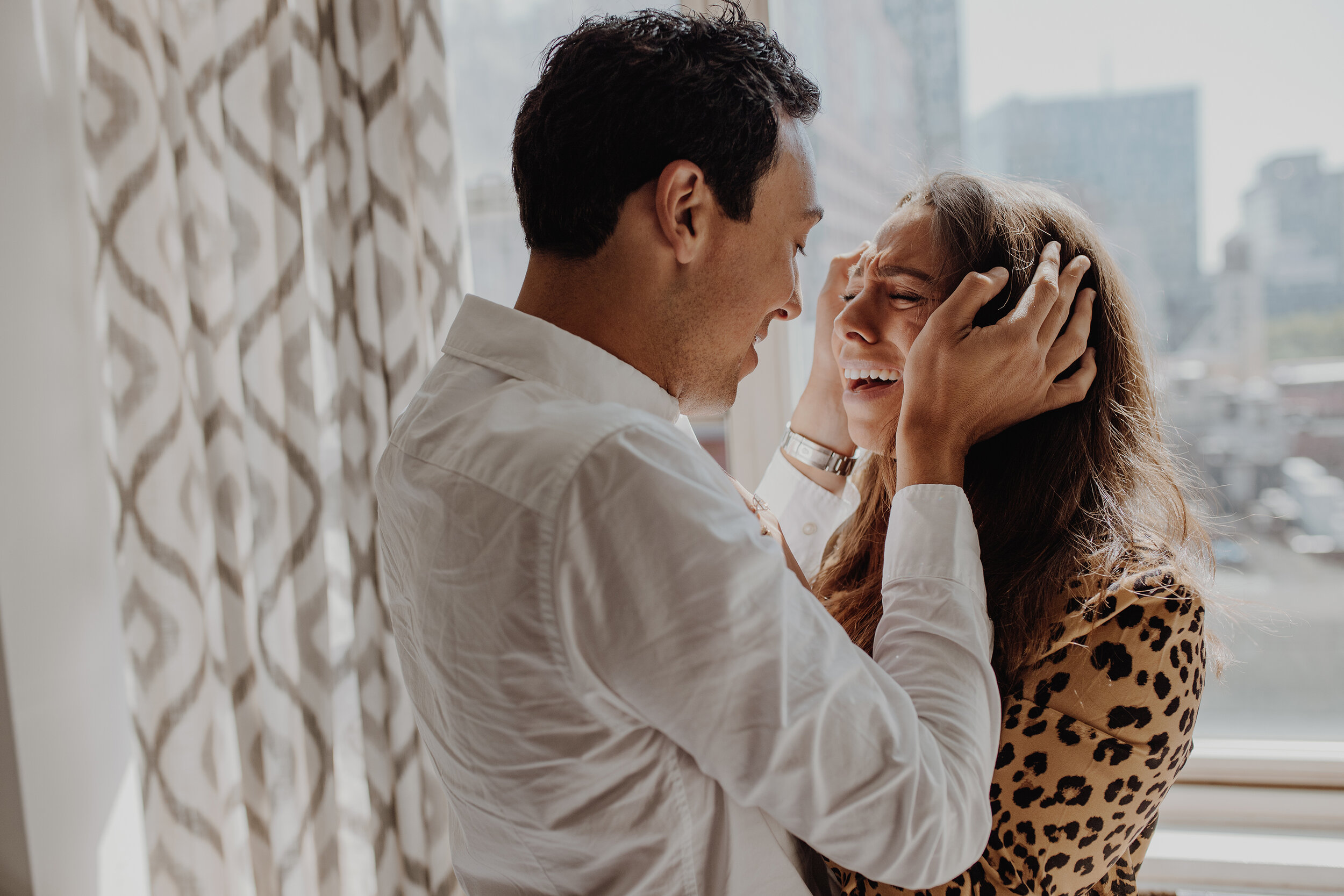 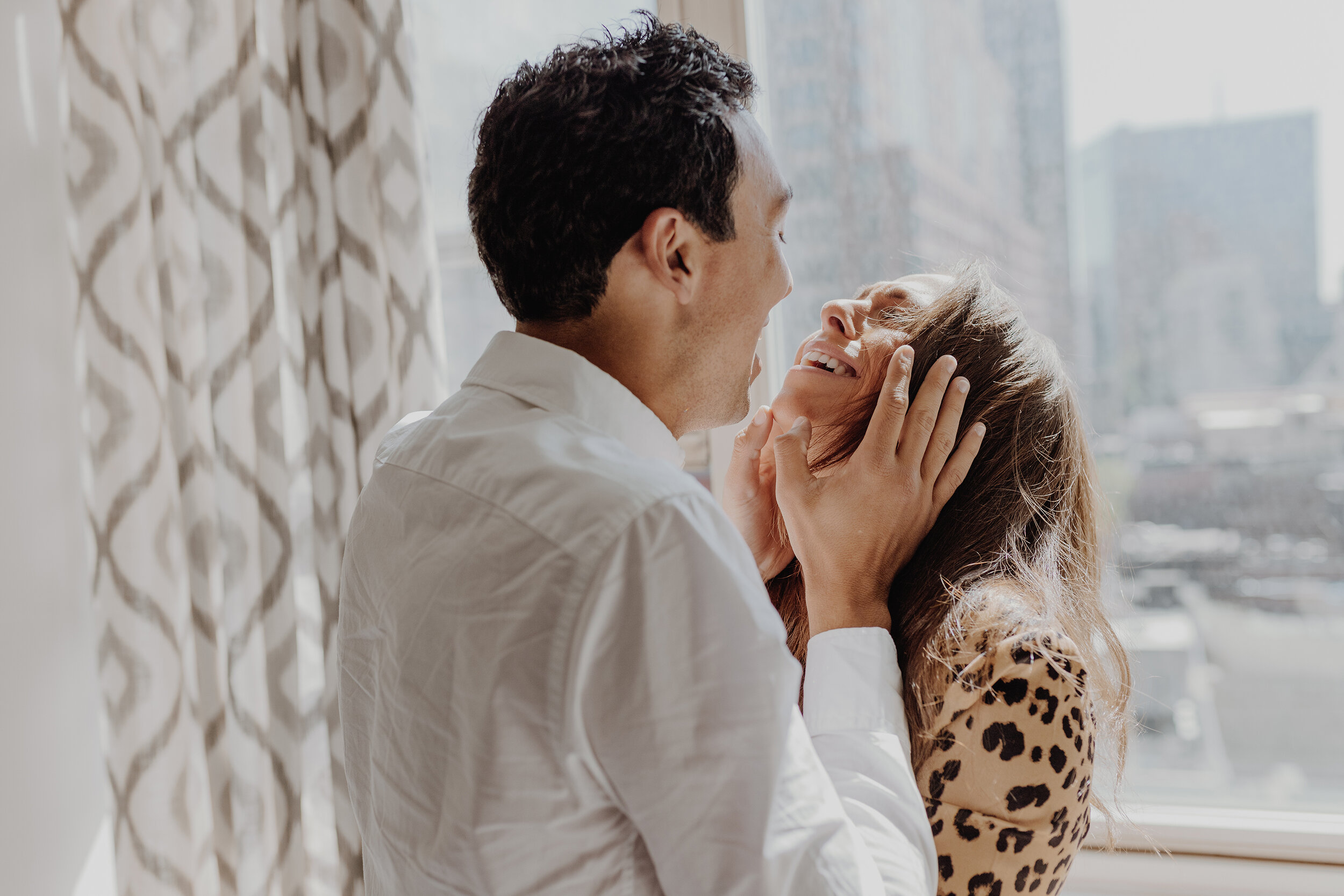 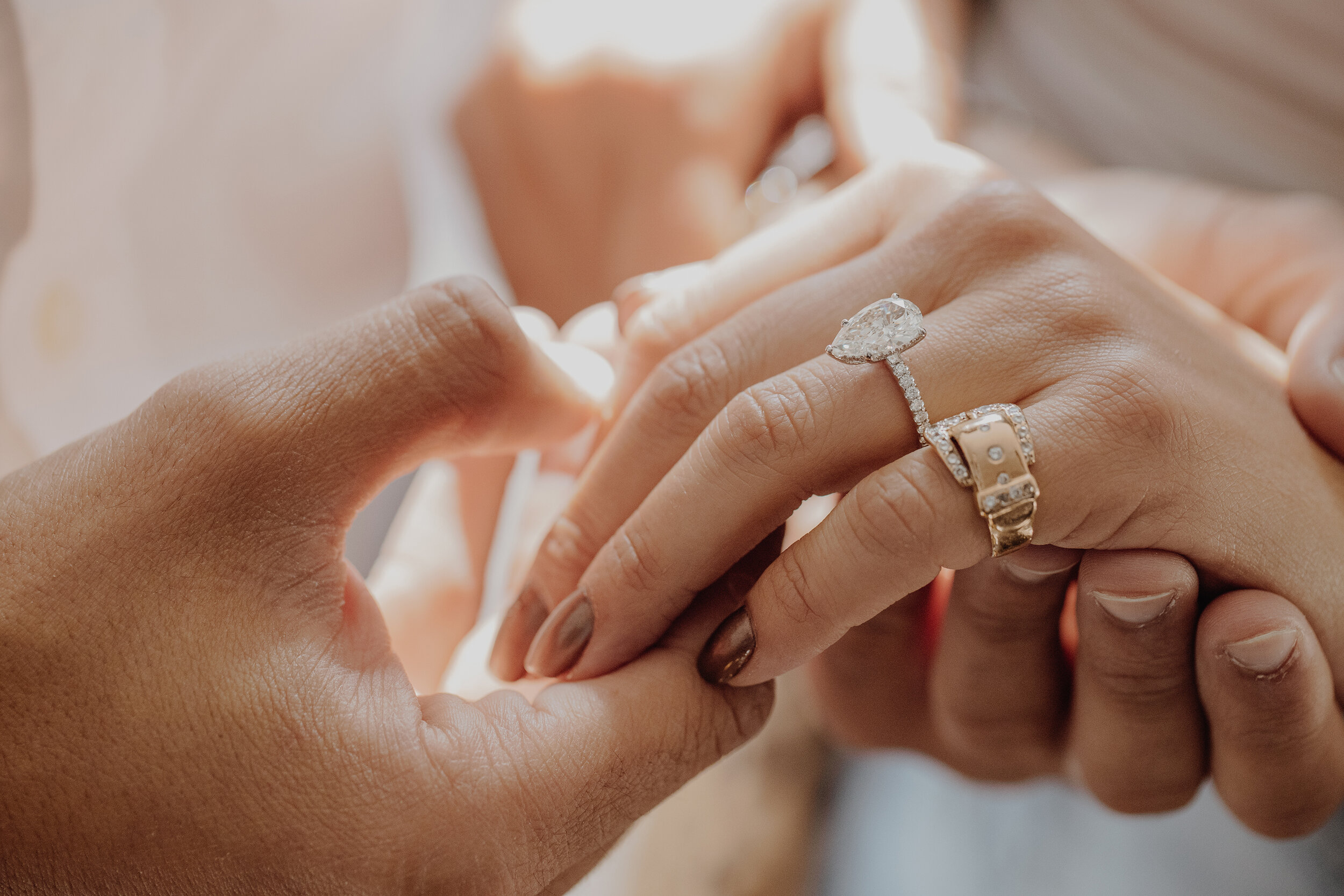 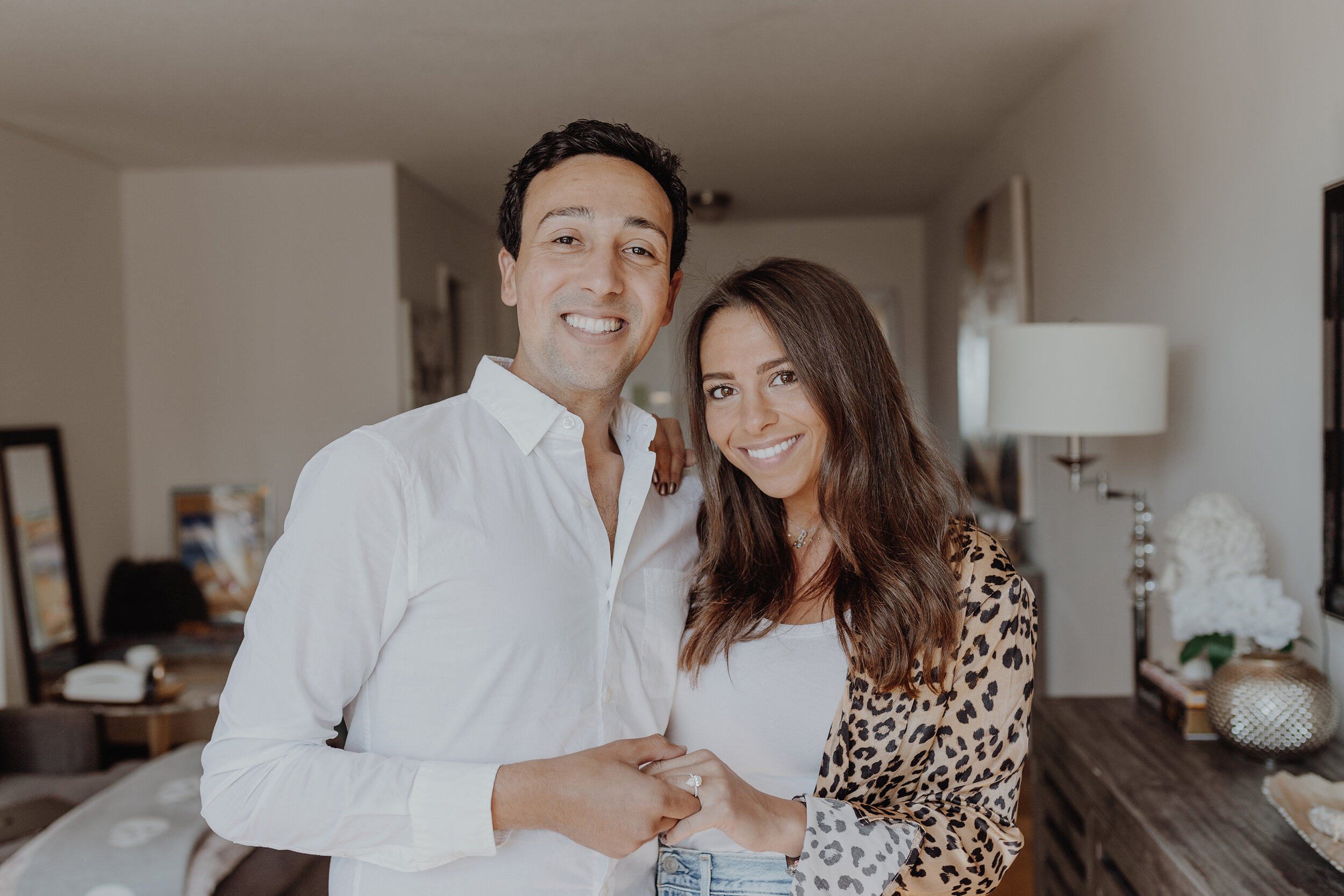 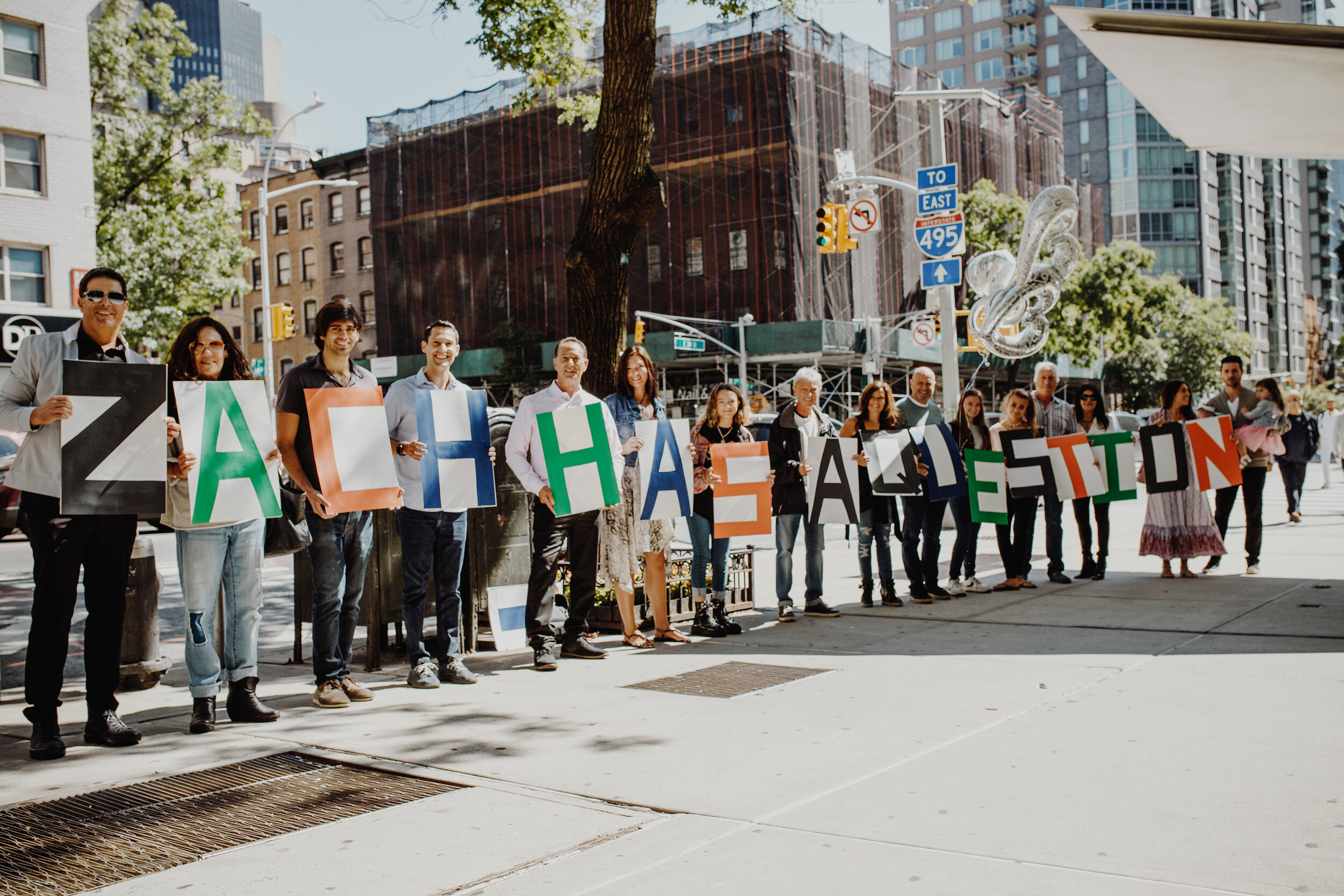 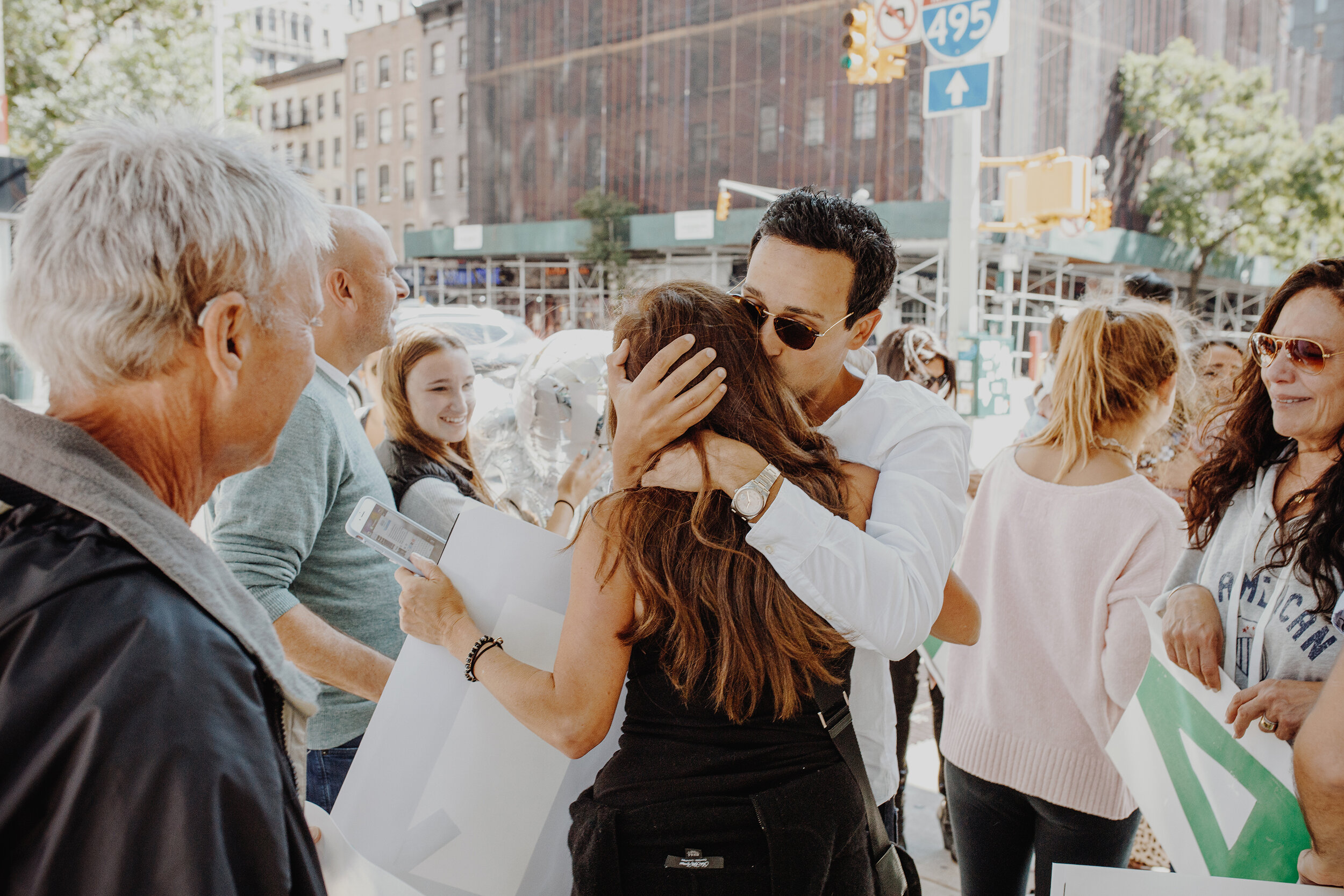 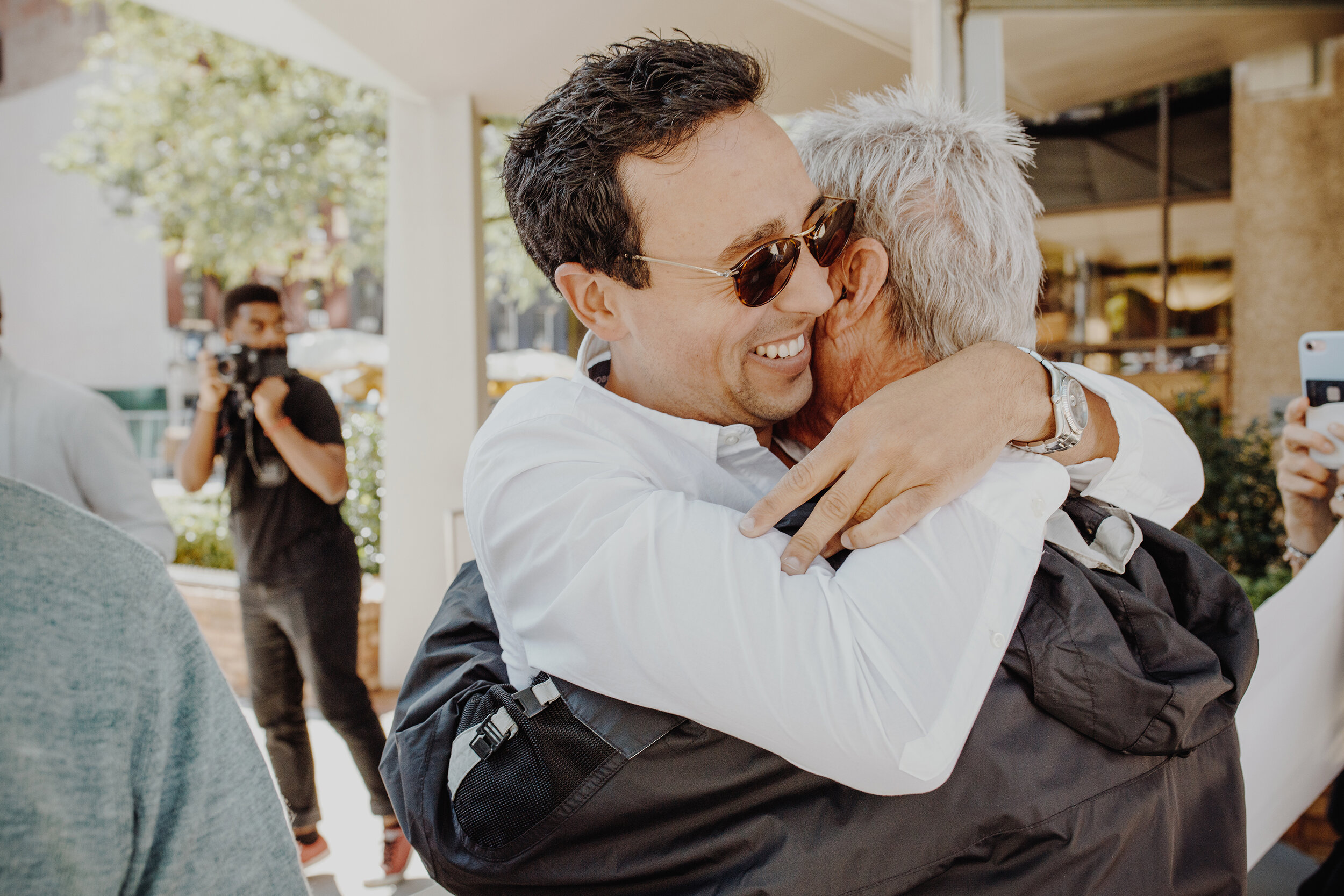 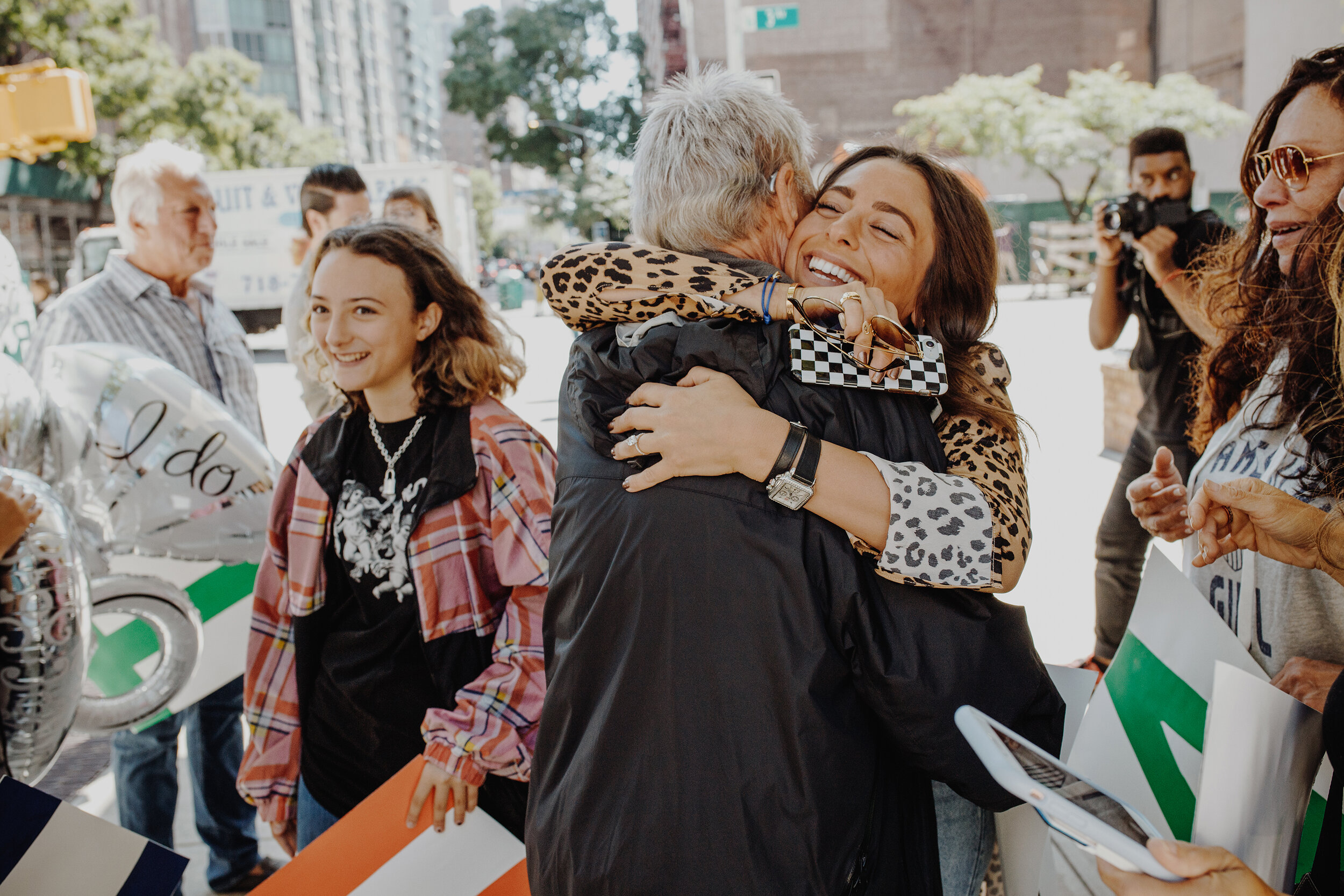 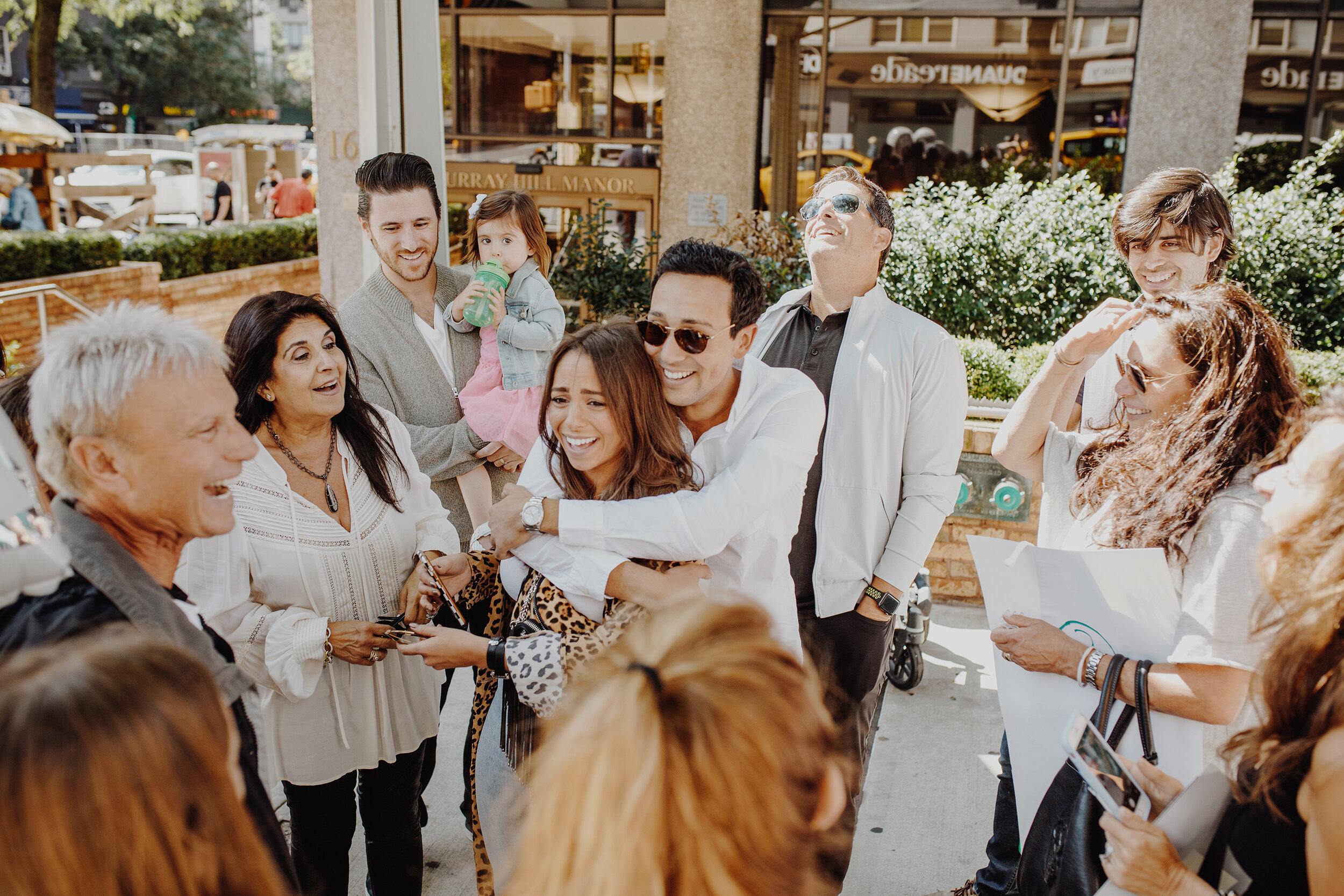 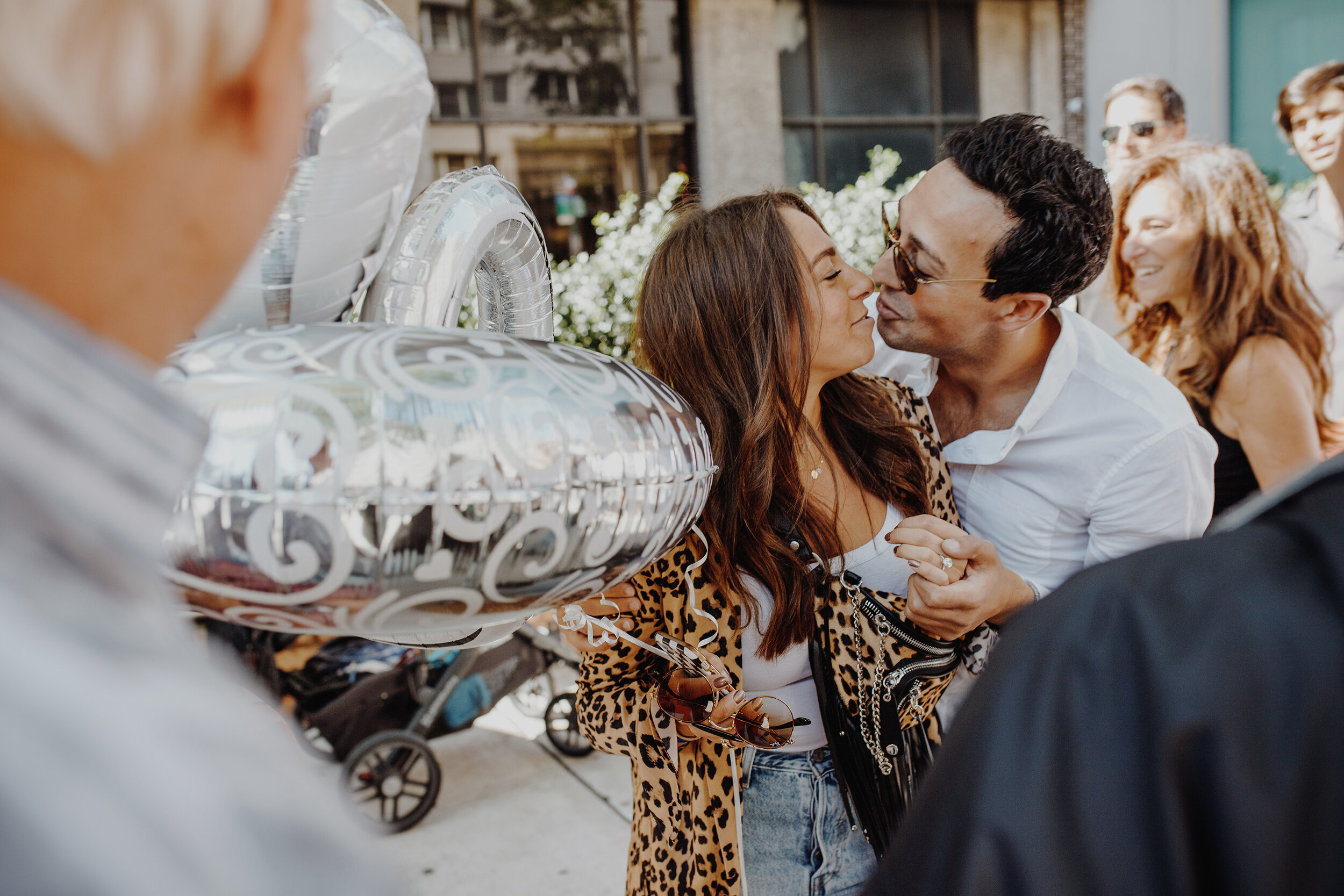 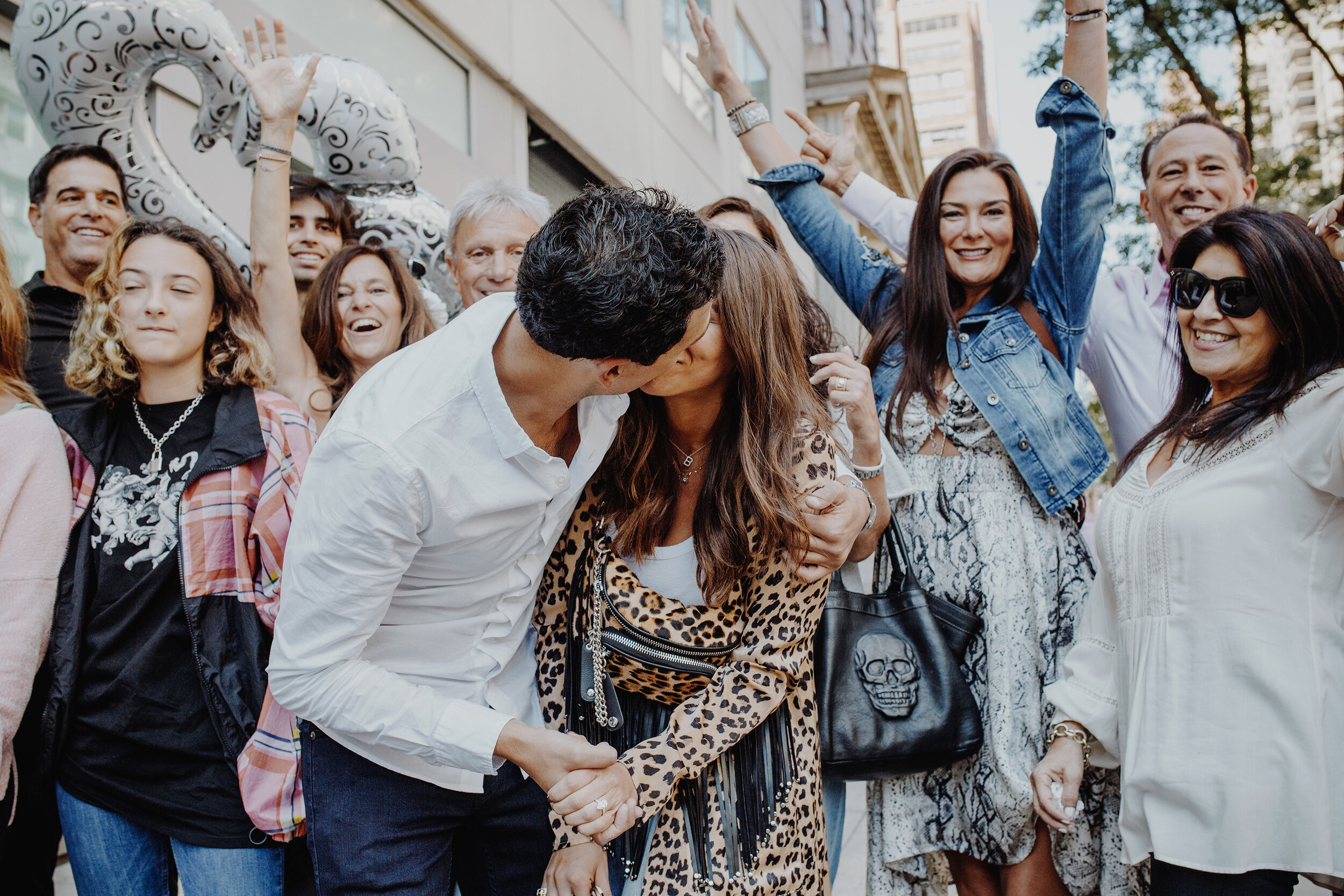